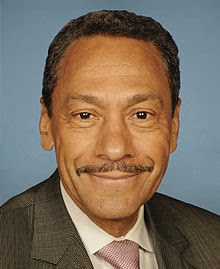 The Honorable Melvin L. Watt of Charlotte, North Carolina, was sworn in today to a five-year term as the first Senate-confirmed Director of the Federal Housing Finance Agency (FHFA). The oath was administered by The Honorable Anthony Foxx, U.S. Secretary of Transportation and former mayor of Charlotte, NC.

FHFA was created by the Housing and Economic Recovery Act of 2008 to oversee Fannie Mae, Freddie Mac and the 12 Federal Home Loan Banks and is responsible for oversight of the $5.5 trillion mortgage finance market.

“I am honored to serve as Director of the Federal Housing Finance Agency,” said Watt. “Today’s housing finance system is one of the keys to our economic recovery and I am grateful for the opportunity to help develop a strong foundation for moving this system forward for the benefit of all Americans at this critical point in our nation’s history.”

Director Watt, 68, represented the 12th congressional district of North Carolina as a member of the U.S. House of Representatives for more than 21 years. As a member of Congress, Director Watt served on the Committee on Financial Services and its Subcommittee on Capital Markets and Government Sponsored Enterprises. Director Watt also served on the House Judiciary Committee, where he was Ranking Member of the Subcommittee on Intellectual Property, Competition and the Internet. Director Watt also served as Chairman of the Congressional Black Caucus. Director Watt was a Phi Beta Kappa graduate of the University of North Carolina at Chapel Hill and received a law degree from Yale University Law School.

Director Watt practiced law from 1970-1992, specializing in minority business and economic development law in a general practice law firm. He also served one term in the North Carolina Senate. Director Watt is married to Eulada Paysour Watt, an educator. They have two sons, Brian and Jason, both of whom are graduates of Yale University.