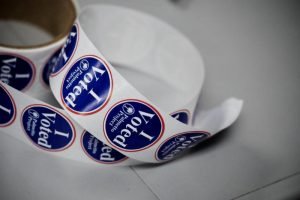 The General Election is today. Please consider fulfilling your civic duty by voting. Not registered to vote? Why not?

Polling Hours: 7 a.m. until 7 p.m.
Don’t know where to vote? Check here.
Don’t know who is on the ballot? Click here to get your sample ballot.

As you consider the candidates you will support, make sure you consider housing. Housing plays a critical role in our economy as well as a critical role in the financial success of nearly all of our members. To help you with your decisions, we have prepared this Builder Ballot, which is based on the support given to candidates by the PACs with which your HBA is affiliated.

S.C. Builders PAC has contributed to the following candidates:

The National Association of Home Builders has endorsed and Build PAC has supported the following candidates: