EPA Issues Final “Waters of the US” Rule

The Environmental Protection Agency announced its final rule yesterday expanding the definition of “waters of the United States” under the Clean Water Act.

Tom Woods, chairman of the National Association of Home Builders, issued the following statement opposing the rule and urging Congress to provide a legislative fix:

“The rule significantly expands the definition of a tributary to include any dry land feature that flows only after a heavy rainfall. Such federal overreach goes well beyond congressional intent and the limits of jurisdiction set forth by the U.S. Supreme Court.

“Regrettably, as a result of these overly broad definitions, this rule will soon wind up in the courts yet again. Ultimately, today’s rule underscores the role that Congress must play in defining the limits of the Clean Water Act.”

At your Home Builders Association’s urging, the House recently passed H.R. 1732, the Regulatory Integrity Protection Act, which would require EPA to withdraw its rule and develop a new plan in consultation with state and local governments and other affected stakeholders, including the small business community. The bill also stipulates that such a plan must be based on sound economic and scientific analysis.

A companion bill, the Federal Water Quality Protection Act (S. 1140) is pending in the Senate.

Congressman Jeff Duncan, Republican of the Third South Carolina Congressional District, has been a leader in the passage of H.R. 1732.

To read the EPA’s press release on the new rule, click here. 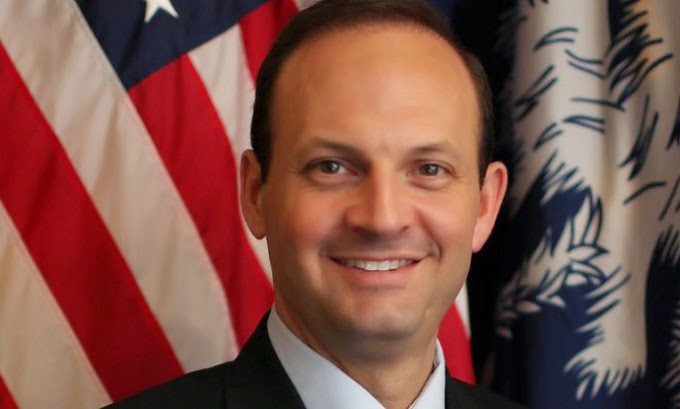 South Carolina Attorney General Alan Wilson spoke out recently in an editorial opposing proposed new regulations by the Environmental Protection Agency and the Army Corps of Engineers that would expand significantly the federal government’s control over private property.

Labeled as Waters of the US, the regulation would expand federal jurisdiction of our country’s waters from legislatively-approved “navigable waters” to virtually any roadside or farm ditch.

“Studies show that for every $1,000 increase in the cost of home ownership, 650 Americans are priced out of the American dream of owning a home,” Wilson wrote. “This is the latest example of the new norm in Washington: unprecedented overreach by unelected bureaucrats who circumvent the legislative process by attempting to regulate what Congress is unwilling or unable to legislate. Whenever regulation increases, personal freedom decreases. These regulations carry great costs to the freedoms and finances of all Americans.”

Read the full article in the Daily Caller by clicking here.

Waters of the US: All of Your Questions Answered (And Why the EPA Has it Wrong)

“As you extend the definition of ‘Waters of the U.S.’ to streams that only flow after it rains and isolated ponds and drainage ditches, you extend the areas in which home builders are required to get permits,” leading to bureaucratic delays, additional expenses and ultimate, more expensive homes. Learn more in this interview with NAHB Environmental Policy Program Manager Owen McDonough and National Association of Counties Legislative Director Julie Ufner.

More Questions
The U.S. Small Business Administration (SBA) has joined the throng of home builders, farmers and elected officials asking the Environmental Protection Agency to drop its proposed definitions for waters of the U.S., citing the disproportionate effect of the rule on small businesses.

It’s a situation that could have been avoided all together had the agency done what it was supposed to do in the first place: Have the SBA review the rule before releasing it to the public.

SBA is “extremely concerned about the rule as proposed. The rule will have a direct and potentially costly impact on small businesses. The limited economic analysis which the agencies submitted with the rule provides ample evidence of a potentially significant economic impact,” said SBA Chief Counsel for Advocacy Winslow Sargeant, PhD., in an Oct. 1 letter to EPA Administrator Gina McCarthy.

On Oct. 14, Rep. Bob Goodlatte (R.-Va) wrote an op-ed in The News Virginian, saying, “The impact of the Waters of the U.S. rule on farmers, landowners, local economies, and jobs is very real. Protecting America’s waterways is critical, but continued power grabs by the EPA is not the solution. This should be a collaborative approach – not a mandate or murky definition from the EPA.”

On Wednesday, two NAHB members – builders from Louisiana and Maryland – were scheduled to visit the EPA offices in Washington to talk about the effects of the proposed rule on their businesses – as well as the expected eventual costs, by extension, to home buyers. The EPA invitation is appreciated, said NAHB Environmental Policy Analyst Owen McDonough, but it’s like shutting the proverbial gate after the horse has galloped away.

“EPA may have questions about how the rule will affect home builders and developers, but they were obligated to ask those questions before they proposed these new definitions,” McDonough said.

Call To Action: Waters of the US

On September 9, 2014 the U.S. House passed H.R. 5078, the Waters of the United States Regulatory Overreach Protection Act, by a vote of 262 to 152. H.R. 5078 will halt the EPA and Army Corps of Engineers proposed rule on “waters of the U.S.” and force the agencies to go back to the drawing board to craft a balanced rule that respects both congressional intent and Supreme Court precedent. This legislation is a key priority of the Home Builders Association.

Your Home Builders Association launched a broad-based grassroots call to action for the bill and designated a vote in support of H.R. 5078 as a KEY VOTE. Following this strong, bipartisan vote, your HBA is turning our attention to the Senate to urge the chamber to consider the House-passed bill.

We ask that every member reach out to our Senators and request that they move to pass H.R. 5078. We need to keep the pressure up, especially in light of the upcoming elections. Please see the attached a letter for your use, please feel free to make changes to reflect your specific concerns.

NAHB and other organizations that advocate on behalf of building and development issues today asked the Environmental Protection Agency (EPA) to remove city stormwater and sewer systems, also known as MS4s, from the revised definition of “waters of the United States” under the federal Clean Water Act.

It’s one of many moves the association is taking to rein in the regulatory overreach proposed the expansion of the act, which EPA released in the spring.

The Coalition of Real Estate (CORE) Associations told EPA that MS4s should be categorically excluded from the definition of waters of the U.S. because, for one thing, waste treatment systems have always had to abide by different rules because they aren’t designed to carry clean water.

Excluding MS4s would also provide “regulatory clarity,” the comments said, “and prevent improper interpretations that municipal storm sewers and their components could somehow be deemed jurisdictional ‘tributaries’ or ‘adjacent waters.”

“EPA’s obligations to establish water quality standards, criteria, and [other requirements] would prove to be illogical and unworkable as applied to MS4s and the conveyances within these systems,” the CORE comments said.

In addition, these storm and sewer systems are operated by the cities and other jurisdictions where they are located, and the Clean Water Act (CWA) is not supposed to intrude on local rights and responsibilities.

“Excluding MS4s . . . furthers the CWA’s objectives to vest states (and localities) with the primary responsibilities to control water pollution within their borders,” the comments said.

Read the full text of the CORE comments here.

EPA has proposed a substantial expansion to its enforcement of the clean water act that has been characterized by many as a “land grab.”