New system will give employers more access to unemployment records

The State Unemployment Insurance Tax System (SUITS) will be the S.C. Department of Employment and Work Force’s (DEW) new online system designed to help employers file unemployment insurance wage reports and pay unemployment taxes. The previous tax system is considered antiquated and hard to maintain. SUITS will provide employers with immediate account accessibility and streamlined business processing.
Employers will be able to submit the reports using manual entry, copy from a previous quarter, or employers can upload an electronic file containing the wage information. The system will include the necessary functions for employers to submit and review information related to tax and wage reporting, including:
More information about SUITS will be available soon.
Unemployment rate drops to lowest level since December 2000 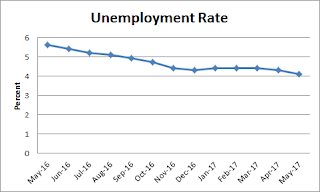 South Carolina’s seasonally adjusted unemployment rate in May fell to its lowest rate since December 2000. The rate dropped to 4.1 percent in May from 4.3 percent in April. The number of unemployed dropped by 4,932 to 96,526, the lowest level since April 2001, while the number of individuals working across the state showed little change, sliding down by 513 to 2,232,168. The state’s labor force decreased by 5,445 to 2,328,694 people in May. Click here to read more.

Unemployment Insurance Rates Will Be Lower Than Expected in 2015

Small business owners like home builders will pay lower than expected unemployment insurance rates in 2015, the result of the State of South Carolina quickly repaying most of the nearly $1 billion it borrowed from the Federal government during the great recession.

The State of South Carolina has repayed $780 million of the $977 million it borrowed as employers cut staff, which reduced tax revenue at a time when the state’s fund balance for unemployment benefits was tapped by the large influx of unemployed workers.  The state’s unemployment rate exceeded 10 percent for several quarters during the Great Recession.

As a result of the rapid loan repayments, the Federal government reduced its premium for Federal unemployment taxes to the minimum of .6 percent.  Had South Carolina not repayed its loan so quickly, the federal rate would have been 5.4 percent higher at 6 percent.

HBASC: Legislative Report (and several wins at the wire)

While the state budget (2012-13) of $6.7 billion was late in passing due to a Senate versus House fight over how to structure tax cuts, it did contain some important provisions for the home building industry:

This year General Assembly also considered a request for the state to again subsidize the UI Fund with state appropriations. UI premiums will be lower in 2012, but the federal repayment will push them slightly higher. Both the SC House and the SC Senate inserted $77 million in their budgets to again subsidize unemployment insurance premiums.

Update: This week the General Assembly included $77 million for premium relief in the 2012-13 state’s budget. This will help hold unemployment insurance premiums near the level we paid last year.

State Immigration Law – Impacted by US Supreme Court Decision: Last week the U.S Supreme Court handed down its decision on the Arizona state immigration law. Much of the law, but not all, was struck down. Much of the South Carolina immigration law was based on the Arizona law. The South Carolina law is now before the U.S. Circuit Court. Many will remember that LLR last year had to suspend some provisions of the law because South Carolina’s current law (passed in 2009 & updated in 2011) had provisions in it that the U.S. Supreme Court had ruled unconstitutional. We would anticipate more suspensions of the SC law when the U.S. Circuit Court hands down its decision. However, it is best to continue to abide by state law until we get direction from the federal courts.

The state law now requires mandatory e-verify screening of new employees, but an employer who was inspected and didn’t have his employees e-verified would have 72 hours to bring them into compliance. LLR has assisted the employer in the e-verify process. Employers were required to implement the new rules on January 1, 2012. However, the 6 month phase in period ends this month. Going forward LLR will no longer be required by law to help business owners verify their new employees by e-verify. Copper Bill – Governor Signs: Thieves and drug addicts in search of quick cash have been causing millions of dollars worth of damage ripping out copper from plumbing and air-conditioning units at homes and businesses. Last year a bill (H. 3660) was passed to stop the scourge of copper and metal theft in the state. The bill set up a permit system for people who want to sell copper to recyclers. Permits were issued by the local sheriff’s office. The good news is that the new law has significantly reduced copper theft, the bad news is that it has caused some implementation issues. Late in the session compromise language was added to the auto recyclers bill (S. 1031).

Update: The copper bill (S. 1031) was signed into law early in June by Governor Haley. The bill cleans up a number of implementation issues. Under the bill passed, the ability to pay cash for aluminum cans was maintained, and the home builder’s new exemption was added to the law.

State Housing Authority – Receives New Member: On the last day of the session to consider appointments, the Governor’s latest appointee to the State Housing Authority Board, Mary Sieck was approved by the SC Senate. Her confirmation was unanimously approved, and she was appointed to a fill an unexpired term. Mary is from Lake Wylie, has a realtor’s license, works with an employee search company, and is married to Curtis Sieck – a builder in York County. She is an excellent addition to the SC State Housing Authority board.

Community Land Trust – Governor Signs Bill: A community land trust (CLT) is a non-profit community housing development organization that acquires and holds land in trust primarily for the use of affordable housing. This is done under long term real estate leases that allow it to ensure that improvements located on the property remain affordable to low income families. CLT’s help develop public– private collaborations to create opportunities for communities with limited resources to develop workforce housing. They support facilities and preserve land while promoting homeownership, historic preservation, local control and neighborhood revitalization.

Update: The bill (H. 3676) that was introduced to create community land trust enabling legislation passed the General Assembly in late May. The bill was signed into law by Governor Haley in early June.