Builder Confidence on the Rise in October

Builder confidence in the market for newly constructed single-family homes rose three points in October to a level of 64 on the NAHB/Wells Fargo Housing Market Index (HMI). This month’s reading is a return to HMI levels seen at the end of the housing boom in late 2005.
“The fact that builder confidence has held in the 60s since June is proof that the single-family housing market is making lasting gains as more serious buyers come forward,” said NAHB Chairman Tom Woods. “However, our members continue to tell us there are still pockets of softness in some markets across the nation, and that they face challenges regarding the availability of lots and labor.”
“With firm job creation, economic growth and the release of pent-up demand, we expect housing to keep moving forward as we start to close out 2015,”said NAHB Chief Economist David Crowe.
Derived from a monthly survey that NAHB has been conducting for 30 years, the NAHB/Wells Fargo Housing Market Index gauges builder perceptions of current single-family home sales and sales expectations for the next six months as “good,” “fair” or “poor.” The survey also asks builders to rate traffic of prospective buyers as “high to very high,” “average” or “low to very low.” Scores for each component are then used to calculate a seasonally adjusted index where any number over 50 indicates that more builders view conditions as good than poor.
Two of the three HMI components posted gains in October. The index measuring sales expectations in the next six months rose seven points to 75, and the component gauging current sales conditions increased three points to 70. Meanwhile, the index charting buyer traffic held steady at 47.
Looking at the three-month moving averages for regional HMI scores, all four regions posted gains. The West registered a five-point uptick to 69 while the Northeast, Midwest and South each rose one point to 47, 60 and 65, respectively.

The U.S. Department of Labor (DOL) on July 15 issued guidance regarding application of the criteria used to assess whether a worker is properly classified as an independent contractor under the Fair Labor Standards Act, which determines overtime, unemployment insurance and other obligations. Independent contractors are not covered under the act.

The test used under the FLSA is one of several used at the federal level to determine worker classification. The Internal Revenue Service, the National Labor Relations Act, and Employee Retirement Income Security ACT (ERISA), each use a different test to distinguish independent contractors from employees.

The DOL document does not appear to signal a shift or change in the law as it relates to how workers are classified as either employees or independent contractors. Rather, it clarifies the factors to be considered in making such a determination.

On its face, this “interpretation” does not appear to place any new or additional burdens on the industry. However, given the emphasis on the construction industry to date, and in the guidance document, NAHB will have to be vigilant in monitoring enforcement to determine how DOL is applying the “economic realities” test in the field. Arguably, the factors leave a lot of room for interpretation, and the document confirms there is clearly a bias towards worker status as employees.

We are also concerned that the Administration is too focused on enforcement and providing less individualized assistance to employers who are in need of compliance information. NAHB plans to urge Congress to use its oversight authority to ensure DOL hasn’t overstepped its boundaries.

NAHB has provided analysis on the DOL guidance to help you determine whether a worker is an independent contractor or employee.

We will continue to monitor this situation closely.

On June 29, 2015, the U.S. Environmental Protection Agency and the U.S. Army Corps of Engineers published regulations in the Federal Register that, if implemented as planned on August 28, will massively expand the Federal government’s jurisdiction over private property under the guise of the Clean Water Act.  Many observers, including the National Association of Home Builders, believe the regulation is an illegal expansion of Federal government authority.

Today, Tom Woods, Chairman of the Board of the National Association of Home Builders, announced that your Home Builders Association has filed a lawsuit in U.S. District Court challenging the new rule.  Below is a statement issued by Chairman Woods:

Fulfilling the pledge that I made at the Spring Board of Directors Meeting, NAHB has filed suit seeking to overturn a federal rule that redefines “the waters of the U.S.” and drastically expands the area that can be regulated by the federal government under the Clean Water Act. The rule will go into effect Aug. 28.

Brought against the Environmental Protection Agency and the Army Corps of Engineers in U.S. District Court, Southern District of Texas, the lawsuit charges that the two agencies are “set and determined to exert jurisdiction over virtually every water feature imaginable.”

NAHB has been involved in trying to shape this rule since it was first proposed in April 2014, and urged significant changes to make it more workable. Despite some minor improvements, the final rule is so extreme that the federal government will actually regulate certain roadside ditches, isolated ponds, and channels that may flow only after a heavy rainfall.

The lawsuit notes that the rule goes well beyond Congress’ original intent when it enacted the Clean Water Act and ignores the jurisdictional limits already set forth by the U.S. Supreme Court.

NAHB has also been working to engage legislators on this rule. With bipartisan support, the House recently approved H.R. 1732, the Regulatory Integrity Protection Act, which would require EPA and the Corps to withdraw their rule and develop a new plan in consultation with state and local governments and other affected stakeholders, including small businesses.

Further EPA Overreach
In other news, your Home Builders Association achieved an important victory for builders when the U.S. House of Representatives passed H.R. 2042, the Ratepayer Protection Act of 2015, on June 25. The bill aims to curtail the Environmental Protection Agency’s (EPA’s) proposed Clean Power Plan rule, which would have a negative impact on the home building industry.

However, as the National Association of Home Builders outlined in comments submitted to EPA, stricter energy codes would affect only new construction and EPA has no authority over building codes.

What’s more, the energy efficiency requirements on new homes will drastically increase costs to home buyers, without guaranteeing real emissions reductions. After all, no federal or state agency can control how much electrical power a home owner decides to use once the building is occupied.

The Ratepayer Protection Act, sponsored by Rep. Ed Whitfield (R-Ky.), allows states to delay compliance with the Clean Power Plan until the courts decide on the legality of the rule. In addition, the bill includes an opt-out provision for any state that determines compliance with the rule would have a negative impact on ratepayers.

Your Home Builders Association helped lead the effort to pass the bill as a member of the Partnership for a Better Energy Future, a coalition of business organizations representing over 80 percent of the U.S. economy.

A similar bill, the Affordable Reliable Electricity Now Act of 2015 (S. 1324), was introduced in the Senate and is expected to receive a committee vote in July.

Although EPA had originally planned to finalize its regulations by June 15, it now expects to release a final rule in August. 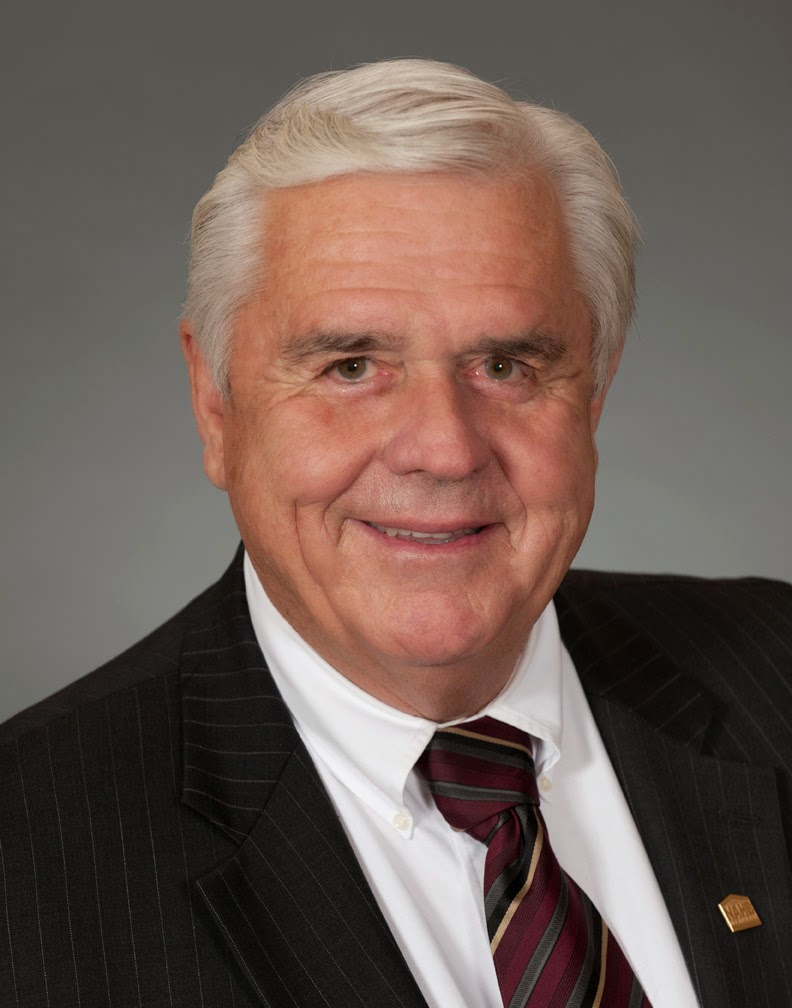 Members of NAHB elected four Senior Officers to top leadership positions within the federation during the association’s International Builders’ Show in Las Vegas.

With more than 800 affiliated state and local home builders associations and more than 140,000 members across the country, NAHB represents the interests of the nation’s housing professionals through advocacy, education and research.

Taking the helm as NAHB’s Chairman of the Board this year is Tom Woods, a Missouri builder with more than 40 years of experience in the housing industry. Woods is president of Woods Custom Homes. He has developed scores of communities and more than 1,000 homes in the Greater Kansas City area.

“To keep housing and the economy on an upward trajectory, this year NAHB will urge the White House and the Republican-controlled Congress to work together in a bipartisan spirit to advance comprehensive housing finance reform and immigration reform, along with other policies that promote homeownership, rental housing opportunities and job growth,” said Woods.

Also moving up on the association’s leadership ladder during NAHB’s Las Vegas board meeting was Ed Brady, a Bloomington, Ill.-based home builder. He was elected as the 2015 First Vice Chairman of the Board. Brady is president of Brady Homes, a company founded in 1962 by his father, William Brady Sr. One of the largest home building firms in central Illinois, Brady Homes has developed 20 residential communities throughout the state, building more than 1,800 single-family homes, 2,000 apartment units and more than 100,000 square feet of light commercial property.

Granger MacDonald, a Kerrville, Texas-based builder and developer with 40 years of experience in the home building industry, was elected as Second Vice Chairman of the Board. MacDonald is president of the MacDonald Companies, a diverse development, construction, and management enterprise with more than 35 neighborhoods completed throughout Texas.

2014 NAHB Chairman Kevin Kelly, from Wilmington, Del., remains on the leadership ladder as Immediate Past Chairman. Kelly is president of Leon N. Weiner & Associates, Inc. and is a successful builder and developer with several decades of experience in land development, multifamily and single-family home building, and property management.

Rounding out the association’s leadership is NAHB Chief Executive Officer Jerry Howard, from Washington, D.C. Howard heads up a professional staff of more than 230 working out of the National Housing Center in Washington. He has served as the association’s CEO/EVP since February of 2001. Previously, Howard was NAHB’s chief tax counsel. 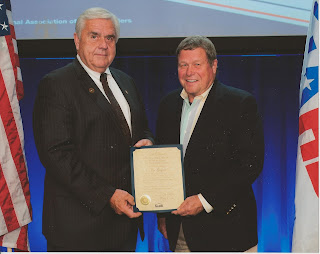 The board of directors of the National Association of Home Builders (NAHB) elected Jim Gregorie to be a life director at NAHB’s Spring Board of Directors’ Meeting in Washington, D.C., on June 9.
“The success and scope of NAHB is largely due to the dedication and hard work of members of its board of directors such as Jim,” said NAHB Third Vice Chairman Tom Woods. “By giving up time with their own businesses and families, NAHB’s life directors are instrumental in helping further NAHB’s work to advance housing opportunities for all Americans.”
Jim Gregorie is President of The Gregorie Company in Greenville. He has been a member of NAHB for 20 years, and has served as a voting director of NAHB for 10 years.  In addition, Gregorie served as President of the HBA of Greenville in 2002 and President of the HBA of South Carolina 2009.
In order to be eligible for election as a life director, NAHB builder and associate members must have served as a voting director for more than 10 years, have attended at least two board meetings each year, and be recommended by their local or state association.  The board of directors of the HBA of Greenville nominated Gregorie to the position of NAHB life director in November 2011.