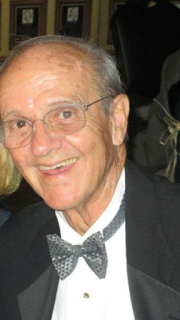 Franklin David Clark, 81, of Chapin, SC, passed away on, August 22, 2017. Frank was born on November 7, 1935, in Live Oak, Florida.
Frank is survived by his beloved wife, Darlene Prevatt Clark; his loving children, Janet (Scotty) Tisdale and David (Dawn) Clark; loving step-child Wen (Lisa) Cromer; cherished grandchildren Jamey (Megan) Clark, David Clark III, Bailee Clark, Brandon (Jessi) Tisdale, and Josh Tisdale; cherished step-grandchild Caydence Cromer; and extraordinary great-grandchildren Izzy Tisdale and Declan Clark.
Frank also is survived by his brother Jared (Jan) Clark. He was preceded in death by his parents, W.D. and Oleta Clark, and by his brothers Raymond Clark, Dale Clark, and sister Wynelle Rogers.
After graduation from Suwannee High School (Florida), Frank attended college in Aurora, Illinois, until the U.S. Army called. After being honorably discharged, he worked in insurance and in the pest control business, starting his own business in 1963.
Frank was an experienced and successful home builder and demonstrated a genuine interest in the home building industry on the local, state and national level. He was a licensed residential home builder, licensed home inspector, and a licensed pest control operator in South Carolina.
Frank served as President of the Home Builders Association of South Carolina in 1995 and was named Builder Member of the Year by the HBA of Columbia in 1994, 1999 and 2003.  Frank also served as Chairman of the HBA of South Carolina’s Housing Hall of Fame, Land Developers Council, and Disaster Relief Committee. He was elected a Life Director of the National Association of Home Builders in 2003, and a Senior Life Director of the National Association of Home Builders Association in 2013.  He also held the CGR, GCB, and CAPS professional designations.
In 2004, Frank was inducted into the SC Housing Hall of Fame. Also in 2004, Frank was appointed to the South Carolina Residential Builder’s Commission.
Frank was well-known as being, “Marvelous, Simply Marvelous!” His favorite poem was “The Dash” by Linda Ellis. The poem exemplified the way he tried to live his life. “For that dash represents all the time that he’s spent alive on earth…And now only those who loved him know what that little line is worth. But it matters not how much we own. The cars…the hours…the cash. What matters is how we live and love. And how we spend our dash.”
A memorial celebration will be held at Riverland Hills Baptist Church, Thursday, August 31, 2017, 6 p.m. until 8 p.m. The family has asked that contributions be made to his favorite charity, the Building Industry Charitable Foundation, 625 Taylor St, Columbia SC 29201, in lieu of flowers.
http://www.barr-price.com/notices/Franklin-Clark

Shirley Freeman Barbour, 78, passed away peacefully Saturday afternoon, January 10, 2015 with her family by her side.  Barbour is the mother-in-law of Fritzi Barbour of C. Dan Joyner Realtors.

Born in Easley, she was a daughter of the late Floyd Dorroh and Ethel Fay Sherman Freeman.

She was a graduate of Furman University and also an active member of Epsilon Sigma Alpha Service Sorority.

During her marriage she enjoyed living and traveling throughout the country and abroad as an Air Force wife. Upon her husband’s retirement Shirley and her family settled in Mauldin where she was a member of First Baptist Church Mauldin and a member of the Dot Creel Sunday School Class. As the daughter of a florist, she loved flowers of every variety and greatly enjoyed gardening. Family gatherings at the lake house was also a favorite past time. Most importantly was her love and devotion shown to her family and as in Proverbs 31, her husband and children “arise and call her blessed”.

She is survived by her husband of 56 years, William H. “Bill” Barbour (Major USAF Ret.); her daughter and son-in-law, Jane and Wes McVay; her son and daughter-in-law, Steven F. and Fritzi Barbour; her sisters and brothers-in-law, Sandra and Dale Turner and Joan and Charles Carswell; and her beloved grandchildren, Austin W. McVay and fiancee Kelly Spaugh, and Meredith J. McVay.

Mrs. Barbour is at The Mackey Mortuary where the family will receive friends Wednesday evening from 5 to 7:00pm. Funeral services will be Thursday morning, January 15 at 10:30am at First Baptist Church Mauldin with the Reverend Wade Leonard officiating. Burial will follow at Woodlawn Memorial Park.

Flowers are accepted or memorials may be made to St. Jude Children’s Research Hospital , 501 St. Jude Place, Memphis, TN 38105. 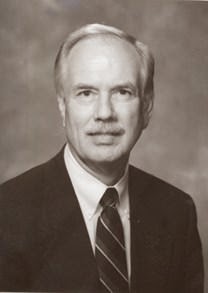 It is with sadness that we report to you that Past President Dee Smith died Friday.  Dee Smith was President of your Home Builders Association in 1986 and also Builder of the Year.  He also served as Vice Chairman of the S.C. Housing Finance and Development Authority.

It is with sadness that we report to you the passing of Troy C. Usher, father of Todd Usher, Past President of your Home Builders Association and President of Addison Homes. A memorial service will be held on Monday April 7th at 2pm at Seneca Presbyterian Church, 115 West South 1st St. Reception to follow in the Fellowship Hall.

In lieu of flowers donations may be made in honor of Troy C. Usher to Honor Flight Upstate at http://www.honorflightupstatesc.com/2011/ 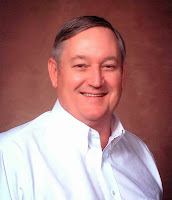 Richard N. Sendler, 69, a Columbia Home Builder, died Thursday morning after a long battle with cancer. Born in Charlotte, NC he was a son of the late Moses Aaron and Mary Pegram Sendler.

Memorials may be made to either the Charitable Foundation of The Home Builders Association of Greater Columbia, 625 Taylor Street, Columbia, SC, 29201, or The Aplastic Anemia and MDS International Foundation, 100 Park Avenue, Suite 108, Rockville, Maryland 20850. Please sign the online guestbook at www.dunbarfunerals.com.

Richard graduated from Wampee-Little River High School, and Georgia Tech University with a Master’s Degree in Industrial Engineering. He proudly served his country in Vietnam as an officer in the US Army. He was owner of Sendler Construction Co., Inc., where he enjoyed a long career working with his family and those he considered family.

In addition to his parents, Richard was predeceased by a brother, Alter W. Sendler.