Watch the NAHB Board video featuring the S.C. Rally for Homeownership by clicking here.

Did you miss the Homeownership Works Rally?  Wish you had been there to hear Speaker Newt Gingrich and Congressman Jim Clyburn talk about their positions on homeownership?

Both are now available for viewing thanks to the South Carolina REALTORS® association. 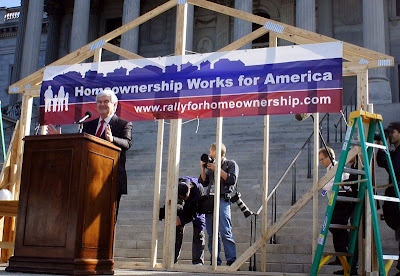 Housing takes the national stage at rally in Columbia today

Speaker Gingrich “stole the show” by committing to protect the mortgage interest deduction and repeal Dodd-Frank, Sarbanes-Oxley, and “Obamacare.”  He also pledged to make tax exempt investments made by home builders and other businesses in equipment for their businesses.  Gingrich, Clyburn, and Watts all signed NAHB’s housing petition. You can read and sign the housing petition at rallyforhomeownership.com by clicking here.

With the South Carolina GOP presidential primary just around the corner, the National Association of Home Builders (NAHB) and its local affiliates joined with politicians, consumer advocates, the Urban League, the NAACP, Realtors, the local Chamber of Commerce and others to elevate housing issues in the current election cycle held a special Rally for Homeownership today at the statehouse in Columbia, S.C.

“At a time when homeownership is under attack, the rally will help draw public and media attention to the need to maintain homeownership as a national priority through federal policies that keep the mortgage interest deduction intact, ensure that affordable home mortgages and low downpayment options remain readily available, open the flow of credit to home buyers and small businesses and resolve the ongoing foreclosure crisis,” said NAHB Chairman-elect Barry Rutenberg, a home builder from Gainesville, Fla., who will also address rally participants.

South Carolina voters strongly support homeownership and oppose any efforts to undermine the mortgage interest deduction and to make it more difficult for qualified borrowers to obtain affordable home loans, according to a new statewide poll conducted on behalf of NAHB by Public Opinion Strategies of Alexandria, Va., and Lake Research Partners of Washington, D.C.

“In South Carolina, the Mortgage Interest Deduction and the ability to have access to affordable home loans are major drivers of our economy,” said Loftis. “As state treasurer, I am committed to ensuring that our tax code continues to support homeownership.”

“Homeownership provides the foundation for peace of mind, financial security and jobs in our community,” added Rep. Clyburn. “We cannot let the American Dream die.”

Concerned citizens who believe that homeownership must remain an important national policy are encouraged to turn out and take part in a petition drive that asks them to signify their support for keeping the mortgage interest deduction intact, increasing access to credit and mitigating the flow of foreclosures.

“Homeownership builds strong communities and home building creates jobs and provides a tax base that supports our local schools, police and firefighters,” said David Gully, president of the Home Builders Association of South Carolina. “We are here today to send a loud and clear message on the importance that South Carolina voters place on homeownership and to call on federal policymakers to refrain from taking steps that would weaken or eliminate our nation’s long-standing commitment to homeownership.” 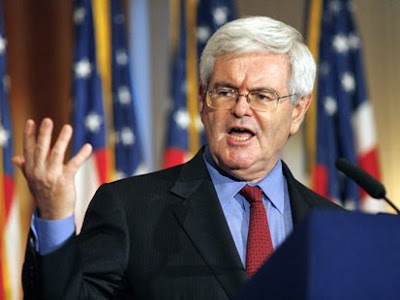 Speaker Newt Gingrich will speak at the Homeownership Works Rally

Former Speaker and Presidential candidate Newt Gingrich will speak at the Homeownership Works Rally in Columbia this week.  The rally is being planning by the National Association of Home Builders.

The goal of this event is to publicize the state and national impact of homeownership and the housing industry.  The Republican Presidential Preference Primary will take place less than two weeks after the rally.  Numerous Republican candidates for President of the United States will be in South Carolina campaigning the week of the rally, and one or more are expected to attend the rally.  They will be followed closely by the national media.  This rally is an opportunity for Home Builders to help their National Association of Home Builders to showcase the importance of homeownership and new home construction to America.
The rally, which starts at 1 p.m., is preceded by lunch on the State House grounds at 12 noon.

Please let your HBA of Greenville know your intentions about attending this rally by registering.  We will plan to arrange transportation either by bus or carpool, depending on the level of participation.  Please register as early as possible so we can plan accordingly.  Click here to register at HBAofGreenville.com to participate in the Homeownership Works Rally at the South Carolina State House.