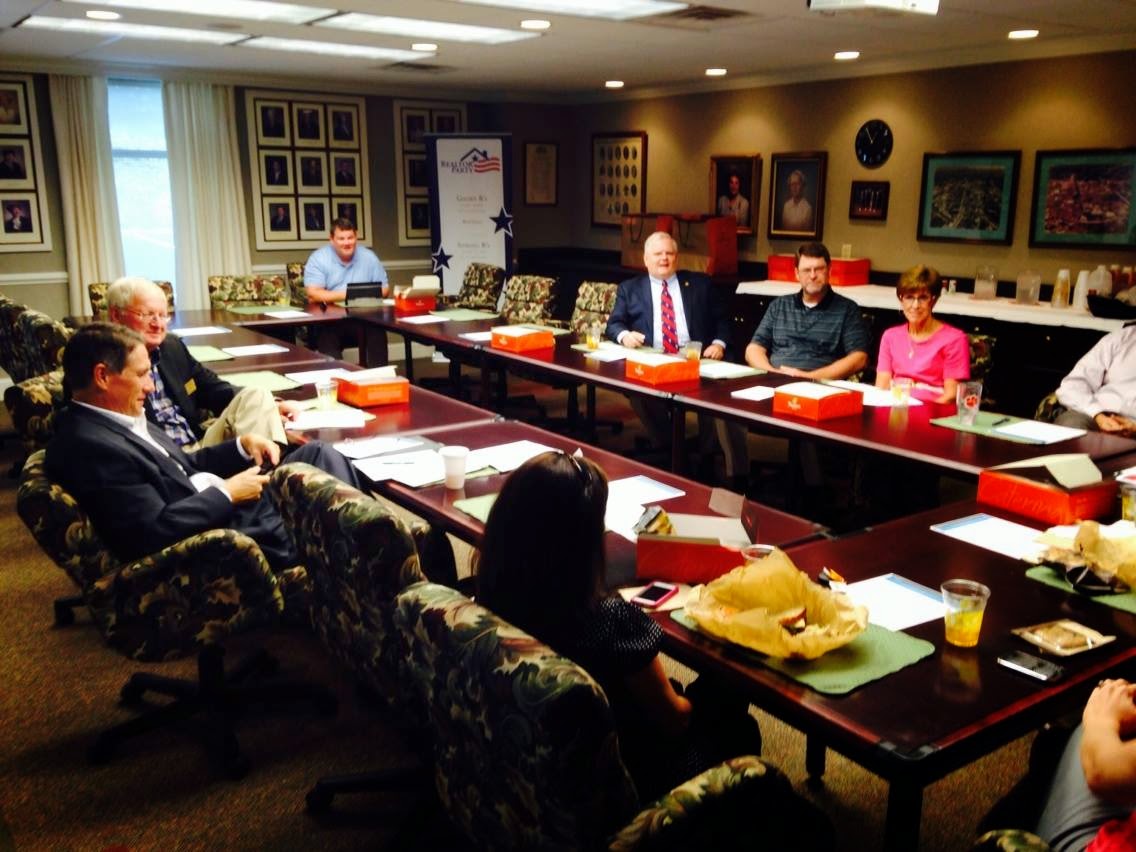 Your Home Builders Association would like to thank the Greater Greenville Association of Realtors for setting up and hosting the meeting. “We have a great partnership with GGAR on governmental affairs matters,” said Michael Dey, Executive Vice President.  “Our coalition continues to produce great results for the members of both associations.”

Greenville Holds Steady at 88 Percent of Normal, Spartanburg is at 85 percent

Of the 351 metro markets measured, 300 have seen year-over-year economic gains, according to the National Association of Home Builders/First American Leading Markets Index (LMI), released today. The index shows that 59 metros have fully returned to or even exceeded their last normal levels of economic and housing activity.

The nationwide economic score rose slightly to .88 from a revised April reading of .87. This means that based on current permit, price and employment data, the nationwide average is running at 88 percent of normal economic and housing activity. The index showed an overall reading of .82 a year ago.

“We have always said this recovery would be a slow but steady one, and I think this index continues to prove this,” said NAHB Chief Economist David Crowe. “The year started a bit slower than anyone could have anticipated but we still expect housing to play a greater role in aiding the overall economic recovery this year. The job market continues to mend and that should spur a steady release of pent up demand among home buyers.”

Keeping its top position of major metros on the LMI was Baton Rouge, La. with a score of 1.41 – or 41 percent better than its last normal market level. Other major metros whose LMI scores indicate that their market activity now exceeds previous norms include Honolulu, Oklahoma City, Austin and Houston, Texas, as well as Los Angeles and San Jose, Calif. and Harrisburg, Pa.

“Our builder members tell us they are starting to see more optimism in the field,” said NAHB Chairman Kevin Kelly, a home builder and developer from Wilmington, Del. “Mortgage rates are low, home prices are affordable and with the harsh winter behind us our latest surveys show builders are feeling more bullish about future sales conditions.”

“We keep waiting for the economy to get into a higher gear,” said Kurt Pfotenhauer, vice chairman of First American Title Insurance Co., which co-sponsors the LMI report. “This report, along with other recent economic news, may mean we are finally there.” Smaller metros experiencing an energy boom continue to lead the recovery. Odessa and Midland, Texas boast LMI scores of 2.0 or better, with their markets now at double their strength prior to the recession. Also at the top of the list of smaller metros are Bismarck, N.D.; Casper, Wyo.; and Grand Forks, N.D., respectively.

The LMI shifts the focus from identifying markets that have recently begun to recover, which was the aim of a previous gauge known as the Improving Markets Index, to identifying those areas that are now approaching and exceeding their previous normal levels of economic and housing activity. More than 350 metro areas are scored by taking their average permit, price and employment levels for the past 12 months and dividing each by their annual average over the last period of normal growth. For single-family permits and home prices, 2000-2003 is used as the last normal period, and for employment, 2007 is the base comparison. The three components are then averaged to provide an overall score for each market; a national score is calculated based on national measures of the three metrics. An index value above one indicates that a market has advanced beyond its previous normal level of economic activity.

The HBA of Greenville  is a consumer resource for finding builders, remodelers, and home improvement specialists in the Upstate region of South Carolina. Membership includes local and national builders, remodelers, specialty contractors, manufacturers, financial and insurance professionals, realtors, and many others that offer products and services for homeowners and first-time homebuyers.