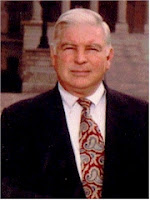 John Cone, CS, CAE, HBA of South Carolina Executive Director from 1999 until 2007, died Saturday evening in Columbia after a short illness.  He is survived by his wife, Margie, and two children, Courtenay and Richard.  John was 71.

“John made long-lasting contributions to the Home Builders Association of South Carolina,” Michael Dey, Executive Vice President of the HBA of Greenville and a former employee, said.  “John was a strong advocate for home builders at the State House.  He also led the creation of the Certified Master Builder Program.  His best legacy may be the association’s building two blocks from the State House, which he took from a run-down old house to a show place.  Many of our members assisted in remodel.”

A memorial service celebrating John’s life will be held at 2 p.m. on Thursday, August 9, 2012, at the First Church of Christ, Scientist, 1114 Pickens Street, Columbia, SC, 29201. Dunbar Funeral Home, Devine Street Chapel is assisting the family. In lieu of flowers, the family requests that donations be made to the charity of one’s choice.

Read the obituary in The State by clicking here.