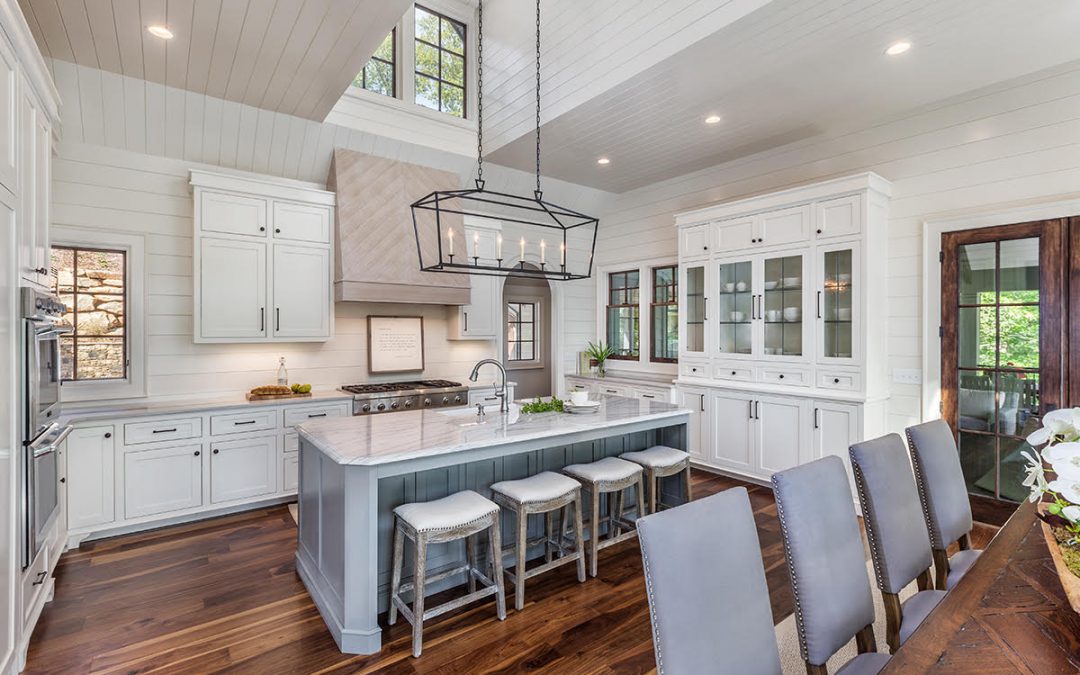 The Housing Market Appears Tight for Buyers in 2019 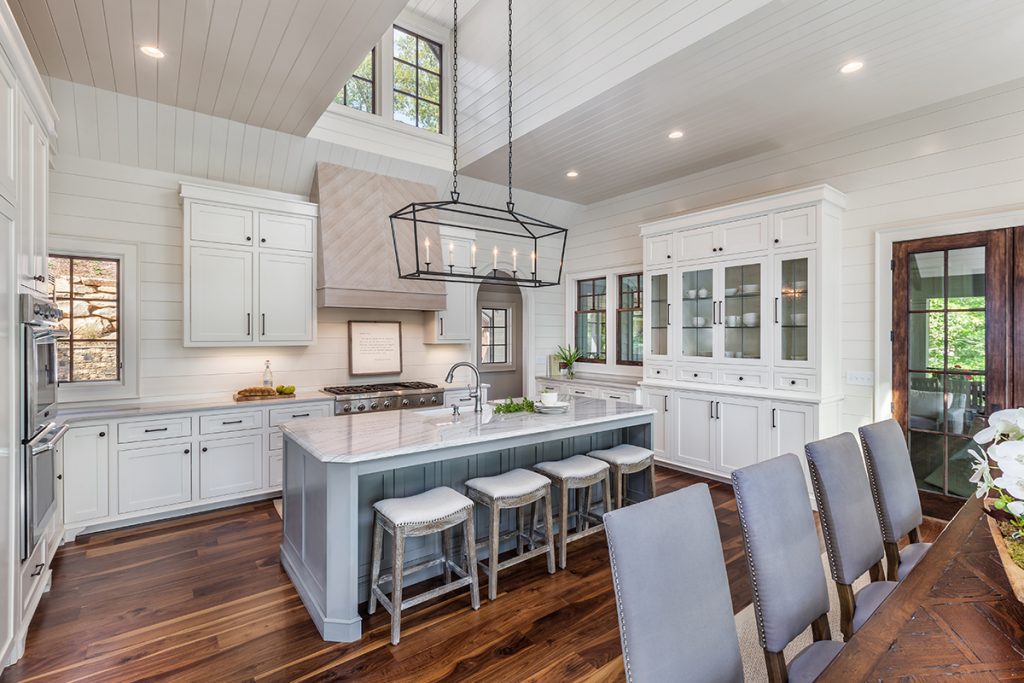 The housing market has become very tight nowadays. In most places, prospective buyers are seeing fewer and fewer properties, especially ones that meet their budget. Based on this Housing Trends Report finding by the National Association of Home Builders, those who plan to buy this year should not expect their choices to grow.

This issue is also very common here, around the Upstate. According to the Greater Greenville Association of REALTORS®, the current time on the market for residential listings is less than 100 days. Further, based on building permit data collected by the Home Builders Association of Greenville, new home building activity has only returned to pre-recession levels in just one Upstate county: Spartanburg County.

As a result, affordability continues to be a concern for home buyers. Nearly 8 out of 10 prospective buyers in the survey said fewer than half of the houses they saw in their search were priced within reach. The survey shows that the average new home search takes more than three months.

In fact, 49% of those who have been looking for at least three months, had not yet purchased a home because they were unable to find one that fits their budget. The survey also found that 44% of buyers prefer an existing home to a newly built one. But almost as many as 38% have no preference, while 18% prefer new construction. These findings prove that either a newly built or existing home would suit most shoppers. An uptick in the supply of homes, whether new or existing, will improve the picture for most buyers — as long as the new supply comes in at an affordable price.

So what happens if people hoping to buy don’t find what they want in the next few months? 61% of those polled said they will continue looking for the right home in their preferred location. Some said they will expand the area of their search, accept a smaller or older home, or pay more than they originally intended. Just 18% said they will give up and try again in the future.

Want to learn more about the Upstate Housing Market?
The Annual Upstate Housing Market Forecast is set for Tuesday, January 22, 11:30 a.m., at the Greenville Convention Center. The keynote speaker is Dr. Robert Dietz, Chief Economist of the National Association of Home Builders. To register, visit HBAofGreenville.com.

From The Greenville News:

Going into the year, the city of Greenville knew its financial outlook would be bright, but as the budget forecasts now become more hard and fast, the city finds itself with millions of dollars of extra tax money to spend.

Now, it’s a matter of where it should go.

The city has a $5.5 million surplus in its main fund that is supported by property taxes, and it has millions more in special, tourism-related tax funds that are all swelling along with the city’s growth.

A few priorities appear to be emerging, chief among them a proposal to set aside $2 million of the surplus to pay for efforts to provide more affordable housing, particularly near downtown where real estate prices have skyrocketed.

“If we can invest money in other things, if we can assist in the development of large projects like a baseball stadium, like parking garages to help other entities come in, then there needs to be a return on the investment for those who have not had an opportunity to be a part of the economic rise,” City Councilwoman Lillian Brock Flemming said.

The $2 million figure is one that Mayor Knox White said he supports, as does Councilwoman Jil Littlejohn, who along with Flemming has spearheaded an affordable housing strategy study that is nearing its completion.

In special funds related to hospitality and hotel stays, the city has more than $5 million in surplus, which by state law must be spent on tourism-related efforts.

The surplus amounts come as the city budgeted conservatively with a suspicion that tax revenue might exceed expectations, City Manager John Castile said.

The city maintains a 20 percent reserve fund — 5 percent more than is required by law — and anything after that is considered surplus. The reserve helps the city maintain its AAA credit rating, which lowers the cost to borrow money.

The city will still borrow some money, mainly $2.7 million to pay for improvements on Verdae Boulevard.

However, $1.7 million that was to be borrowed from the city’s storm-water project fund to help pay for a $25.6 million move of its public works facility will be covered through the general fund surplus instead.

The city still will devote about $5 million of money in cash from the storm-water fund for the public works move, but Councilwoman Gaye Sprague — who voted against borrowing money from the fund and lobbied for an exception that the city re-evaluate the method if a surplus emerged — said that the cash amount devoted will remain and is appropriate.

The City Council will vote on Monday to borrow the money for the fire station, but $1.7 million in borrowed storm water money won’t be a part of it, which will leave $3.8 million in general surplus.

The affordable housing study, which over the summer has involved members of the community from various backgrounds, will wrap up this fall and will offer strategies that the mayor said will guide how the money would be spent.

“We have the strategy part under way now with the consultant study, but at the end of the day we’re still going to need a commitment of funds,” White said.

At the same time as the affordable housing is being done, another ongoing consultant plan for a $12.9 million park on the west side of downtown will factor in affordable housing for the community surrounding it, which faces gentrification pressure as the park gets closer to becoming a reality.

The city has at least $3 million in valuable land it owns to set aside, White said.

“We’re putting money aside, but the strategy will tell us how to get the best bang for our buck,” he said.

The commitment of surplus money should involve the council getting together and setting priorities for how the money should be spent before committing to any one cause, Sprague said.

Councilwoman Amy Ryberg Doyle said that the city should use the money to focus on items that were cut during budget discussions earlier this year, such as road projects and fixing aging fire stations.

“We should look at the business that we are in and do it better,” Doyle said.

For the other special funds, the city will now have to figure out how to prioritize money that has been growing each year.

The city will have about a $4 million surplus in its hospitality fund, which comes from taxes levied on prepared meals and is devoted to tourism-related projects that will run through a new application process.

The city’s accommodations tax likewise has to be devoted to tourism efforts. The accommodations tax money collected through the state is administered through an advisory committee, which the city will ask to be reconvened to consider a new round of applications for its $674,663 surplus.

A portion of the accommodations tax collected by the city — with a $372,263 surplus — isn’t subject to a committee.

The state accommodations money must be spent within two years of receipt.

More surplus remains from other sources, such as the parking fund, which has $3.8 million available. That money will likely be set aside to help fund new parking in the West End that should materialize during the next year, White said.

Hear what National Association of Home Builders Chief Economist and Senior Vice President Dr. David Crowe has to say about the housing market in 2016. Hint: when David Crowe wears a pink tie, he is optimistic.