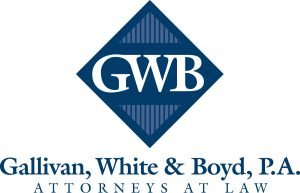 Homeowner’s associations are viewed unfavorably according to a national poll

They are most favorably viewed by groups such as Republicans (44% favorable); voters in the western U.S. (47%); men (48%); 18 to 29 year-olds (50%) and senior citizens (44%), as well as those in higher income strata. In contrast, they are most unfavorably viewed by groups such as political independents (49% unfavorable); voters in the central U.S. and Great Lakes region (47%); 30 to 49
year-olds (49%); and Tea Party sympathizers and supporters (49%), who, by their nature, may be wary of any types of quasi-governmental entities.

While the collective views and preferences of homeowners’ associations should not be overlooked – because policy makers and elected officials won’t – and securing their endorsements can counterbalance highly-localized opposition, they will do little to persuade broader electorates, such as those in city or countywide policy debates or elections. It appears that much like affable elected officials with low approval ratings, homeowners’ associations may be liked more than they are trusted.

Paul Fallon is a public opinion researcher, political pollster and advisor for campaigns, levy committees, local government agencies, transit organizations, school districts, interest groups, home building and REALTOR® trade associations and public and private utilities. He specializes in land-use policy research, education and transit, as well public funding ballot issues and referendums. He has worked on issues and campaigns in more than 36 different states throughout the country, ranging from Florida to California.  The Home Builders Association of Greenville has been a client of Fallon Research.