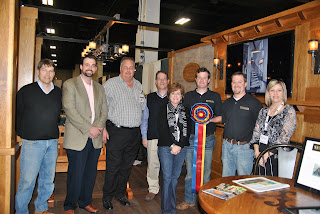 Heirloom Stair & Iron Inc. has won three awards for outstanding craftsmanship in an international competition sponsored by the National Ornamental & Miscellaneous Metals Association (NOMMA). The event was open to more than 700 member firms throughout the United States and in 12 foreign countries.

The presentation was made at a banquet in New Orleans, LA, on March 19 during NOMMA’s 53rd annual conference. The Ernest Wiemann Top Job Awards Competition is an annual contest that recognizes outstanding work in the ornamental and miscellaneous metals industry.