Call for Nominations–Builder, Associate, and Remodeler of the Year

Your Home Builders Association asks that you recommend a member for our annual BB&T Builder of the Year Award, Richard A. Ashmore, Sr., Associate of the Year Award, and Remodeler of the Year Award. The awards are given to a member who freely gives of his or her time, efforts and participation in order to make the HBA of Greenville a stronger organization for all of its members. These members serve the industry through participation on HBA Committees and with special projects of the Home Builders Association. Each represents the highest level of integrity and honesty in the home building industry. You can find a full list of winners on our website, but below is a list of recent recipients:

In addition, these awards also may be given to members of the association:

Award winners will be announced at the Third Annual Southern Home and Garden Bridge Awards, presented by GBS Building Supply. The date of this event is still to be determined, but will most likely be in March 2016.  If you know of a member or other person who should receive one of these awards, please send your nomination to Michael Dey at mdey@hbaofgreenville.com. Your nomination will be confidential.

Home building industry professionals were awarded the Home Builders Association of South Carolina’s most prestigious awards last week in Asheville, NC. The thirteenth annual Celebration of Excellence awards ceremony was held to honor the recipients of the Pinnacle Awards.

About the Pinnacle Awards
The Pinnacle Awards were created to honor those in the home building industry who have achieved the highest standard of quality craftsmanship, innovative problem solving and customer satisfaction. This competition is a privilege of membership, as well as a means of challenging our members to greater levels of achievement. The Pinnacle Award recognizes the craftsmanship of the best home builders and remodelers in South Carolina, based on five categories:

The 2015 Pinnacle Award winners from Greenville are:

The HBA of Greenville is proud to have five of our members recognized for their hard work and dedication to the excellence of the industry. 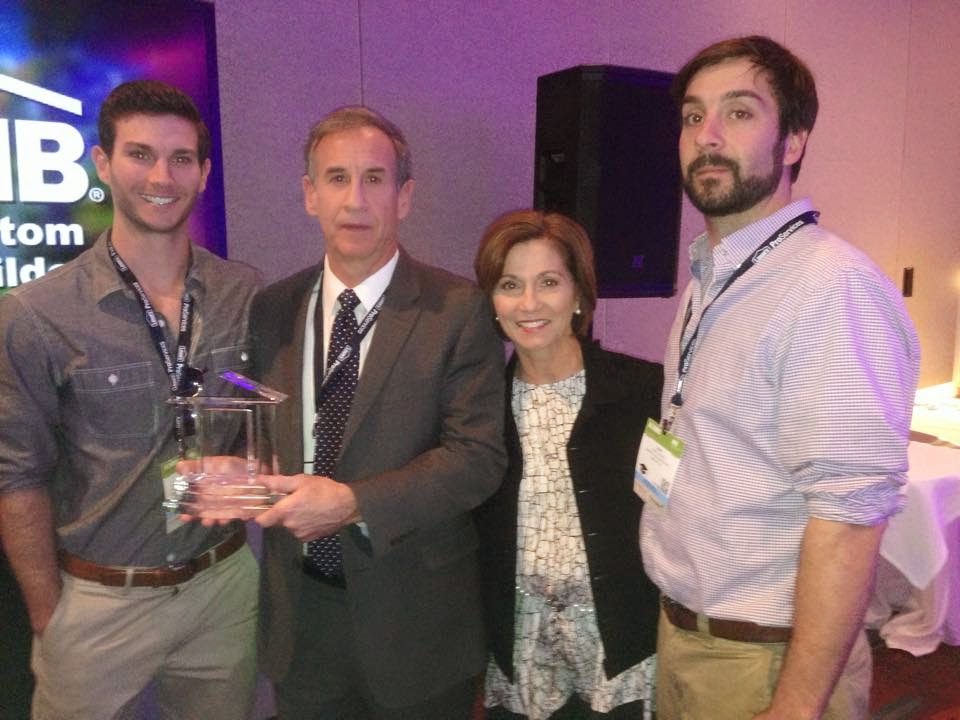 Gus Rubio, CGP, APB, founder of Gabriel Builders, has been honored as the NAHB Custom Home Builder of the Year.

Sponsored by Sherwin-Williams, the award was presented at a luncheon last week in Las Vegas as part of the events taking place at the NAHB International Builders’ Show (IBS).

Rubio’s business philosophy of customer service before, during and after the sale sets his company apart from any other building company, the HBA said in its nomination form. Gabriel Builders has built homes for corporate chief executives and presidents, professional athletes, congressional representatives and architects.

The company works with clients to design and build homes with a free exchange of ideas as well as allowing optimum value engineering based on the expertise of the company’s professional staff.

Rubio was a member of the HBA of Greenville Board of Directors from 1988 to 1991, has served on the board for a second time since 2012, and has served as chairman of the membership committee since 2013. “Rubio and his team members give through their leadership and in-kind donations, not just to the HBA, but to our local community and the home building industry as well. I am sure there are many who are worthy of this award, but none more so than Gus Rubio and Gabriel Builders,” said Michael Dey, Executive Vice President of the Home Builders Association of Greenville.

Gabriel Builders received a National award at the 2014 International Builders Show in Las Vegas.  Gabriel Builders has achieved the level of: Distinction in Customer Satisfaction from Woodland, O’Brien & Scott, and Builder Partnerships.

Gabriel Builders scored enough points on the process evaluation and referral rates to qualify for the Builder Partnerships Achievement Award in Customer Satisfaction. This year’s applicants were evaluated based on three criteria, willingness to refer, the customer experience, and the referral rate.

“We are honored to be recognized by Builder Partnerships for an Achievement Award in Customer Satisfaction,” says Gus Rubio, president of Gabriel Builders. ” We work hard, everyday, to produce some of the highest referral rates from our customers in the industry. We are blessed to work with wonderful clients who enjoy our exacting standards for production.”

Gus Rubio is a member of the Board of Directors of your Home Builders Association.

Congratulations to all the employees at Gabriel that made this happen 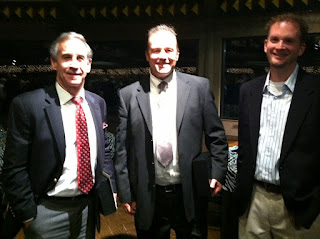 Three Builder members of the Home Builders Association of Greenville were honored with Pinnacle Awards during a ceremony in Columbia on September 20. In total, home builders statewide were honored.

Earning Pinnacle Awards from Greenville were:

The Tenth Annual Celebration of Excellence awards ceremony was held to honor the recipients of the Pinnacle Awards. The Pinnacle Awards recognizes the craftsmanship of the best home builders and remodelers in the Palmetto State. Pinnacle Awards are selected in six categories – new homes, remodel projects, green building, energy efficiency, subdivision/community and sales & marketing.

About the Pinnacle Awards
The Pinnacle Awards were created to honor those in the home building industry who have achieved the highest standard of quality craftsmanship, innovative problem solving and customer satisfaction. This competition is a privilege of membership, as well as a means of challenging our members to greater levels of achievement.