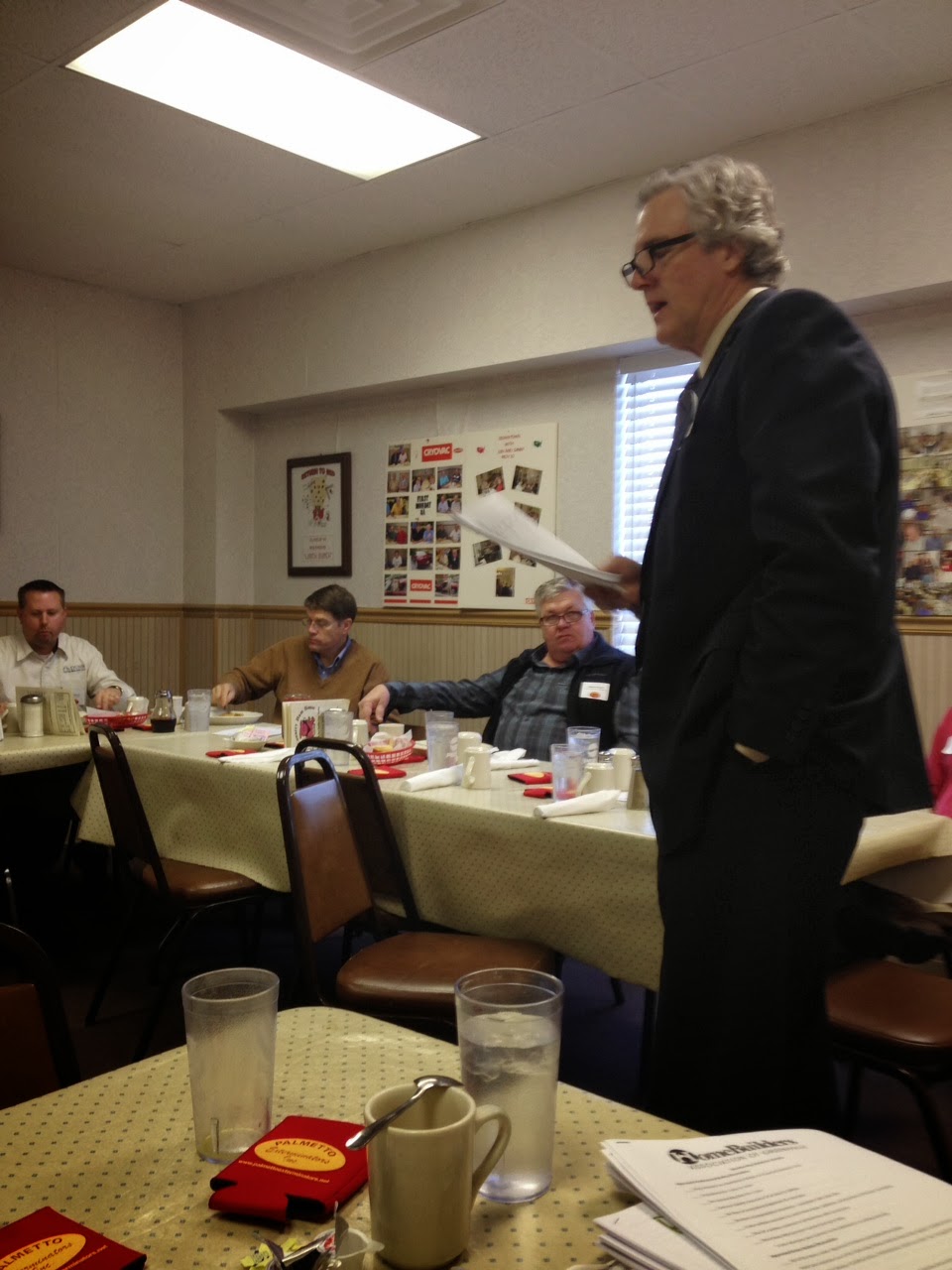 Greer Mayor Rick Danner spoke to Home Builders and the HBA Board of Directors at the Builder Breakfast on December 12 at Tommy’s Country Ham House.  The event was sponsored by Palmetto Exterminators.

Mayor Danner provided a report on the status of the real estate market in Greer.  He reported that year-to-date new residential construction has totalled $15 million, up from 2012.  He stated that permits are slightly behind 2012, but the value of the homes constructed have increased.

Danner reported that 1,264 new single family lots have been approved in 2013, with 65 percent of those lots located in Spartanburg County.

According to Danner, $13.5 million has been invested in commercial real estate in Greer in 2013. In addition, he reported that Greer is ranked fourth in the state in retail sales, with nearly $800 million spent during the year, up more than 10 percent from 2012.  Median household income in Greer is $68,687, 18 percent higher than Greenville County.