The prospect of tax reform is becoming a reality, and I expect legislative action to begin in earnest this fall. Given the importance of tax reform to the NAHB membership, we want to make certain we accurately represent your concerns in this debate.

Please participate in an online discussion with your NAHB Leadership on what tax reform means to our industry. Bring your questions and concerns: We will cover business taxes, including the deduction for business interest, homeownership incentives such as the mortgage interest deduction, multifamily tax issues including the Low Income Housing Tax Credit, and provisions affecting remodelers.

We will hold three “Tax Reform and the Housing Industry” web briefings on Monday, Sept. 18. The three 60-minute briefings each cover the same information, so you only need to attend one session. The briefings will take place at 9:30 a.m., 12:30 p.m. and 3:30 p.m, ET.

You must pre-register for this member-only event. Please make certain you are logged into nahb.org as this is members only content.

If you are unable to participate in the live webcasts, the recordings and staff contacts for more information will be posted to nahb.org after the sessions conclude.

This is an important time for the housing industry. Tax reform will shape the course of our livelihoods for the next several decades. We must get it right. Join me at one of the briefings on Sept. 18. 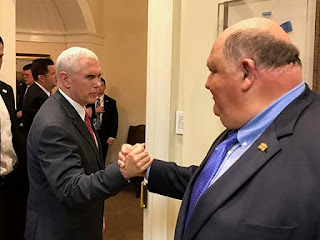 NAHB Chairman of the Board, Granger MacDonald, yesterday addressed the Finance Committee of the U.S. Senate in a hearing titled “America’s Affordable Housing Crisis: Challenges and Solutions.”

“We are fortunate that our national chairman, Granger MacDonald, is well versed on the subject of housing affordability,” Bob Barreto, President of the HBA of Greenville, said.  “His company has built and manages nearly 5,000 affordable rental housing units in his home state of Texas,” Barreto said. “We also were proud to have Granger MacDonald as keynote speaker at our 2016 Annual Meeting.”

A new consumer spending analysis from NAHB highlights another reason why home building helps drive a healthy economy: In their first year of ownership, new home buyers spend about $10,601 on appliances, furnishings and home improvement projects — 2.6 times as much as other home owners in a typical year.

“While construction jobs are the most obvious impact of new homes on the economy, it’s important to realize that it doesn’t stop there,” said NAHB Chairman Granger MacDonald, a home builder and developer in Kerrville, Texas.

“It’s the architects, the heating technicians, the lumber dealers. And it’s the mom-and-pop owners at the local furniture or appliance store who are helping these buyers make their house a home,” he said.

During the first two years after closing on the house, a typical buyer of a newly built single-family home tends to spend on average $4,500 more than a similar non-moving home owner.

A previous NAHB study based on 2004-2007 data collected during the housing boom showed somewhat higher spending by home owners overall. But the tendency of buyers to outspend non-moving owners on appliances, furnishings and home improvements was similar.

In the aggregate, most of the demand for appliances, furnishings and remodeling projects in a given year is generated by non-moving home owners, because they outnumber home buyers by such a wide margin.

But new owners’ impact is noticeable — and vital, MacDonald said. “The health of housing — and new home buying — is key to the overall state of our economy.”

Waters of the US definitions on the way out

The EPA and Army Corps of Engineers last month proposed to replace the 2015 definition of the term “waters of the United States” (WOTUS) with the definition that existed since 1986.

The agencies said the action is the first in a two-step process. In Step 2, the government will propose a new definition for WOTUS.

In the announcement, EPA Administrator Scott Pruitt stated that going back to the well-established 1986 definition allows the agencies to provide continuity and clarity to the regulated community while deliberating on a new definition.

And this time, the agencies said, the path to a new rule will be more public. “As we go through the rule making process, we will continue to make the implementation of the Clean Water Act Section 404 regulatory program as transparent as possible for the regulated public,” said Douglas Lamont, acting Assistant Secretary of the Army for Civil Works.

“NAHB applauds President Trump, the EPA and the Corps for taking the necessary actions to roll back this seriously flawed WOTUS rule that would harm housing affordability by requiring expensive and time-consuming federal permits for countless ditches, isolated ponds and dry channels,” NAHB chairman Granger MacDonald said in a press release.

“Earlier this year, the president honored a campaign promise made to home builders as he signed an executive order directing EPA and the Corps to begin the process of dismantling the controversial WOTUS rule. This is an important step forward to rework the flawed regulation that blatantly usurped state and local authority,” MacDonald said.

“NAHB looks forward to working with the administration, EPA Administrator Scott Pruitt and [Mr.] Lamont to develop a common-sense solution to protecting our nation’s waterways while taking into account the interests of local businesses and communities nationwide,” MacDonald said.