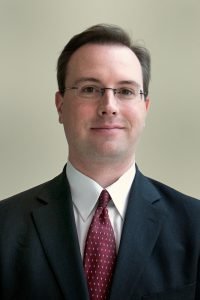 New and existing home sales stumbled in September, as higher interest rates slowed the housing sector amid otherwise positive macroeconomic conditions — including a near 50-year low for unemployment. The average 30-year fixed-rate mortgage now stands at 4.9%, up from 3.95% a year ago.

Due to the higher cost of financing, new single-family home sales fell 5.5% in September from a downwardly revised August estimate. While new home sales remain 3.5% higher on a year-to-date basis, the September rate was the lowest since December 2016. Consequently, inventory increased to an elevated 7.1-months’ supply. Existing home sales declined 3.4% in September, falling to its slowest pace in nearly three years — and 4.1% lower than a year ago.

While economic forecasts, including NAHB’s, have single-family construction rising modestly over the next year, weakness has been felt at both the top and bottom ends of the market. For example, over the past year, there have been nationwide declines in the shares of new home sales priced under $200,000 (whose buyers are typically more sensitive to interest rate hikes) and above $500,000 (higher-priced homes challenged by affordability concerns).

Homes that meet current affordability standards are selling quickly. For new homes, the average time on market was only 2.9 months, down from 3.2 months a year ago. For existing homes, the average home is selling in just 32 days. These data points reemphasize the need for builders to select their market carefully and manage rising construction costs in an otherwise growing economy.

The FHFA monthly HPI is calculated using home sales price information from mortgages sold to, or guaranteed by, Fannie Mae and Freddie Mac. From August 2017 to August 2018, house prices were up 6.1 percent.

The House Price Index for the Upstate:

The indexes represent a measure of the change in housing prices since 2000.

“We are encouraged by the growth in the housing sector last year, and by the fact that builders increased inventory by 10% in anticipation of future business,” said Robert Dietz, chief economist of the National Association of Home Builders. “National Association of Home Builders’ forecast calls for continued upward momentum this year, with housing starts expected to rise 10% over the course of 2017.”

“To ensure sales continue to move forward in 2017, builders need to price their homes competitively, especially given that mortgage interest rates are expected to rise this year,” said National Association of Home Builders Chairman Granger MacDonald.

Led by impressive gains in both single-family and multifamily production, nationwide housing starts surged 25.5% in October to a seasonally adjusted annual rate of 1.32 million units, according to newly released data from the US Department of Housing and Urban Development and the Commerce Department. Single-family starts reached their highest level since October 2007 while multifamily production jumped 68.8% from the previous month.

“These robust figures correlate with strong builder optimism in the housing market,” said National Association of Home Builders Chairman Ed Brady. “A firming job market, a growing economy and rising household formations will keep the housing recovery on track into next year.”

Combined single- and multifamily starts posted double-digit gains in all four regions in October. The Northeast, Midwest, South and West increased 44.8%, 44.1%, 17.9% and 23.2%, respectively.

Permit issuance increased 12.1% in the Midwest and 7.5% in the West. Meanwhile, the Northeast and South posted respective losses of 21.1% and 2.4%.

The Survey of Construction is a monthly and annual report released by the US Census Bureau that records valuable information related to the home building industry. This information includes variables such as start and completion dates, sales price, square footage and number of bedrooms. Survey of Construction data is used by the Department of Housing and Urban Development to evaluate housing programs as well as by the Federal Reserve Board to determine the state of the economy as a whole.

In contrast to the nationwide distribution between one story and two or more story completed homes, arecent National Association of Home Builders report chronicling consumers’ housing preferences finds that most, 64% of all buyers, would prefer a single-story home, however it is important to point out that this result is driven primarily by older buyers that may be exhibiting a preference for single-story homes due to aging-in-place concerns. According to National Association of Home Builders’ Housing Preferences of the Boomer Generation, 75% of boomers and 88% of seniors want one floor living, but fewer than half of millennials, 35%, and generation X’ers, 49%, prefer a one story home.