Your Home Builders Association is sad to announce that Stephen Edward McCloud, 36, of Greenville, met his Savior, Jesus, early Friday morning in his sleep, December 14, 2018, due to complications with a congenital heart condition.
Stephen owned and operated McCloud Technologies Group, LLC, and was a member of the HBA of Greenville and a good friend to many HBA members.  He attended Bob Jones University and North Greenville University, and earned a Bachelor of Science in Accounting.
He is survived by his devoted wife, Kara Frans McCloud; his sons, Gabriel (5), Gavin (3), and Graham (1); his parents, Ken and Jan McCloud; his brother, David and Mirelys McCloud; his sister, Sarah and Eric Tessmann; his in-laws, Rick and Marsha Frans; brothers-in-law, Joel and Wendy Frans and Luke and Katarina Frans; and his loving aunts, uncles, cousins, nephews, and nieces.

A memorial message may be sent to the family by visiting www.mackeymortuary.com or you may leave a message here. 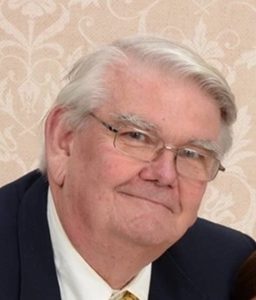 Harold Truman Newton, of Easley, SC, passed away Tuesday, June 27, 2013 at the Richard Campbell Veterans Nursing Home, Anderson, SC. He was born on March 14, 1921 in Anderson County to the late Truman O. Newton and Jelia Mae Boggs Newton. He was predeceased by his sister, Ruth Newton Hicks of Easley. He is survived by his wife of 44 years, Patricia Reardon Newton.

Harold graduated from Easley High School in 1938. He joined the Army Air Corp in 1942 serving as a pilot in the Southwest Pacific. Following service in WWII, he flew as an Air Force pilot at Donaldson Air Force Base in Greenville until it closed. He then flew with the Georgia Air National Guard, Savannah, GA, until his retirement in 1971. He was a corporate pilot for Ballenger Paving Company from the mid-1950s thru the early 1960s.

Harold had a long career in the building business. His businesses included the Newton-McConnell Lumber Co. and Thermal Insulation and Construction, Inc. He designed and built numerous homes and offices in the Easley and Greenville area, including the only Frank Lloyd Wright house located in upper South Carolina. He served as President of the Home Builders Association of Greenville and the North Greenville Rotary. He retired in 1995 from the building business.

Harold had many interests in life. He played guitar with “The Rhythmaires” for many years. He loved to play competitive table tennis and checkers and was an expert bridge player. He treasured his time with special friends, particularly the breakfast groups. A special thank you to Harold’s friends who remained loyal to him to the end.

Harold had a very generous heart. He chose to participate in the Gift of Body Program at the University of South Carolina School of Medicine.