The 2015 Bridge Award Winners Will Be Revealed on March 17

On March 17, 2016 we will be awarding our members with the biggest heart for housing at our Southern Home and Garden Bridge Awards gala. The annual gala is a black tie optional event where the nominees gather for an evening of food and celebration, but most importantly to hear who won the hearts of our judges with their projects from the previous year. Categories include: New Homes, Full Home Remodel, Partial Home Remodel, Green Building, Special Feature, Sales and Marketing, individual awards, and Home Builders Association recognition awards.

The Southern Home and Garden Bridge Awards gala at TD Convention Center will begin at 5:30 p.m. with dinner, followed by the awards ceremony where the 2015 Bridge Awards winners will be announced. 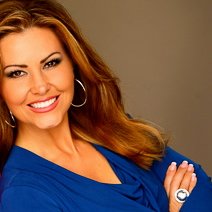 Thank you to our members for their hard work in the industry and to our sponsors for helping us celebrate their work:

Call for Nominations–Builder, Associate, and Remodeler of the Year

Your Home Builders Association asks that you recommend a member for our annual BB&T Builder of the Year Award, Richard A. Ashmore, Sr., Associate of the Year Award, and Remodeler of the Year Award. The awards are given to a member who freely gives of his or her time, efforts and participation in order to make the HBA of Greenville a stronger organization for all of its members. These members serve the industry through participation on HBA Committees and with special projects of the Home Builders Association. Each represents the highest level of integrity and honesty in the home building industry. You can find a full list of winners on our website, but below is a list of recent recipients:

In addition, these awards also may be given to members of the association:

Award winners will be announced at the Third Annual Southern Home and Garden Bridge Awards, presented by GBS Building Supply. The date of this event is still to be determined, but will most likely be in March 2016.  If you know of a member or other person who should receive one of these awards, please send your nomination to Michael Dey at mdey@hbaofgreenville.com. Your nomination will be confidential.