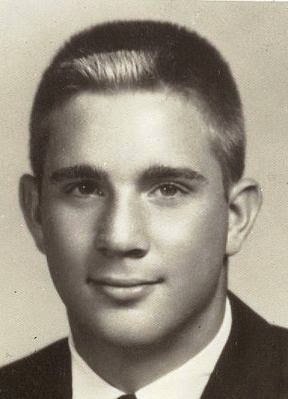 Joseph William (Joe) Jelks III, 1990 President of your Home Builders Association of Greenville, died January 3, 2015.  Jelks was Builder of the Year in 1988.

Services will be held Wednesday, January 7, 2015, 1 p.m., at St. Paul’s Church, 304 East Camperdown Way, Greenville.  Gifts may be made in his honor to St. Pual’s Church and Triune Mercy Center.

Below is the complete obituary from the Greenville News:

Also, he is survived by his sister, Margaret Jelks Haigler (Peggy) and her husband, Ted Haigler, and his brother-in-law, William E. Webb.

Born in Winnsboro, SC, on February 19, 1945, Joe was an avid athlete and a nationally competitive junior golfer, winning the South Carolina State High School Junior Golf Championship as a sophomore. He played football for Greenville High, and he enjoyed playing on the golf team at Baylor School and Davidson College where he graduated in 1967 with a BA in Economics. He received his MBA from the University of North Carolina in 1969 and served in the United States Army from 1970 to 1971 where he finished as a First Lieutenant.

He enjoyed a long and vibrant entrepreneurial career as a restauranteur in Anderson and Murrell’s Inlet, SC, and a real estate developer and Home Builder (President, C&D Builders, Inc.) in Greenville, SC.  He was especially proud of the following recognitions: South Carolina Restauranteur of the Year (1982), Home Builders Association of Greenville’s Builder of the Year (1988), and Member of Greenville Chamber of Commerce’s Board of Directors.  The passion of his life had become his Lord and Savior. He was a natural encourager to all who knew him. He was a man of great faith, love, creativity, vision and compassion. He was a forever friend to many. He had recently learned from his Lord about becoming less that Jesus might become more (John 3:30).