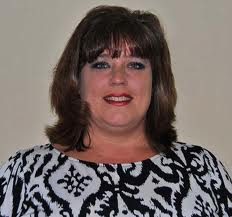 It is with profound sadness that we inform you of the passing of our friend and colleague, Leigh Ann DeYoung.

Leigh Ann has been a member of the HBA team since 2012.  She initially joined our team in sales for the Southern Home and Garden Show.   She became the Director of the Home Show in 2013.  In 2015 she assumed a new role marketing the Home Show as she began expanding her marketing firm, N-tegrate.

Leigh Ann was diagnosed with cancer last May and underwent surgery in June.

She leaves behind her husband of 20 years, Bryan DeYoung, and her two children, Thomas, age 17, and Catherine, age 12.  Leigh Ann also is the brother of Joe Satterfield of Quinn Satterfield.

Funeral services will be held on Thursday, March 9, 12 noon, at St. Giles Presbyterian Church, 1021 Hudson Road, Greenville, SC 29615. Visitation will be held before the service beginning at 9:30 a.m.

In lieu of flowers, the family has established a scholarship fund for the children.