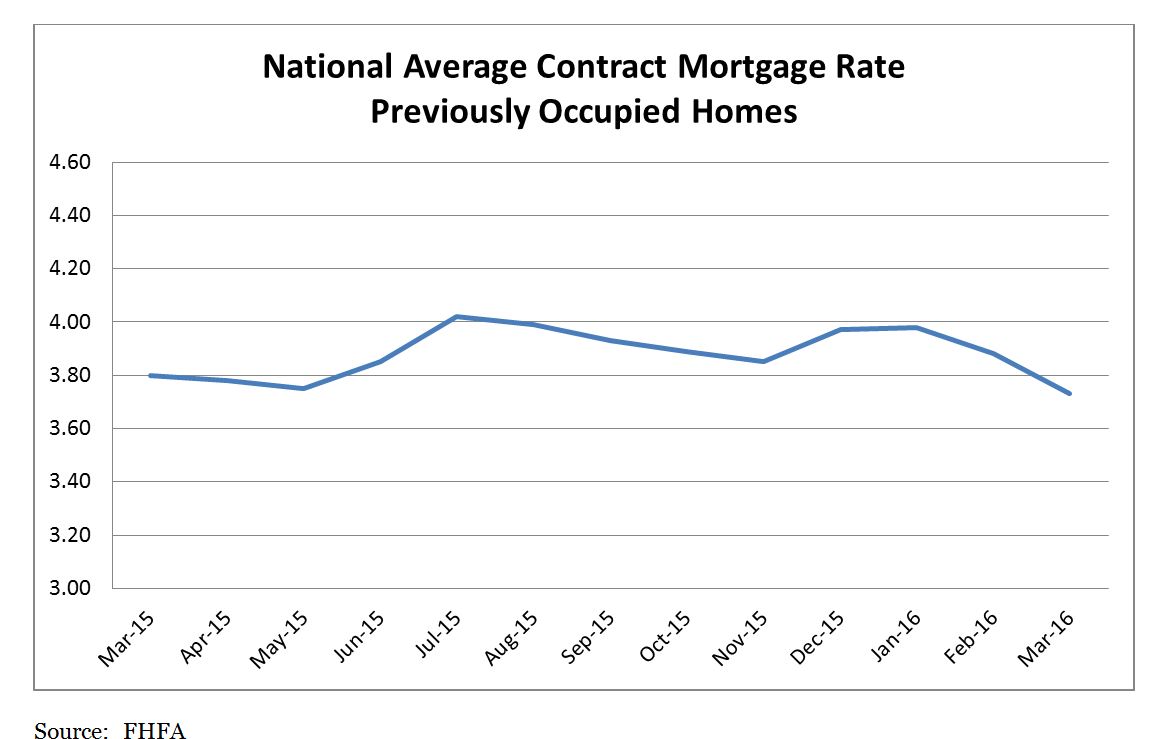 Nationally, interest rates on conventional purchase-money mortgages decreased from February to March, according to several indices of new mortgage contracts.

The National Average Contract Mortgage Rate for the Purchase of Previously Occupied Homes by Combined Lenders Index was 3.73 percent for loans closed in late March, down 15 basis points from 3.88 percent in February.

The average interest rate on all mortgage loans was 3.76 percent, down 13 basis points from 3.89 in February. Technical note: The indices are based on a small monthly survey of mortgage lenders, which may not be representative. The sample is not a statistical sample but is rather a convenience sample. Survey respondents were asked to report terms and conditions of all conventional, single-family, fully amortized purchase-money loans closed during the last five working days of the month. Unless otherwise specified, the indices include 15-year mortgages and adjustable-rate mortgages. The indices do not include mortgages guaranteed or insured by either the Federal Housing Administration or the U.S. Department of Veterans Affairs. The indices also excluded refinancing loans and balloon loans. March 2016 values are based on 4,319 reported loans from 16 lenders, which include savings associations, mortgage companies, commercial banks, and mutual savings banks.