The U.S. Bureau of Economic Analysis said today that the Gross Domestic Product fell 4.8 percent in South Carolina in the first quarter of 2020.  In fact, it fell in every state and for the national as a whole, GDP fell 5%.

By industry, construction fell by just .8 percent, and real estate and rental and leasing fell by just 1.1 percent.  But GDP also showed some interesting results as a result of a pandemic, and large government spending in response:

Our take?  High unemployment, coupled with the inherent conflict of social distancing and dining out or attending a ball game is a major factor in a struggling economy.  However, with likely home buyers among the least impacted by the rise in unemployment, construction, especially residential construction, and real estate are bright spots.  And if you have the time, and the means, why not go fishing?

Major party primaries were held June 9, and a run off in some of those races was held June 23. The results are in and some big changes are coming at Greenville County Council in January 2021.

Seven seats on County Council will be on the ballot in November, and at least three will be occupied by new council members when they are sworn in on January 5:

Councilman Mike Barnes (R) did not draw a challenger in the primary or in the General Election and will continue to represent District 18.

For the last two months a small team of HBA members and staff has worked with Greenville Water to work out the details on implementation of their new process on water meter offsets. This is what you can expect on Monday for lots with existing taps:

This change will be effective June 8.

For lots created after June 8, the water tap should be located to ensure that conflicts with the driveway location are avoided. Greenville Water’s guidance to place the tap in the middle of the lot has ended. Developers will place the tap in the location that ensures it is not under the driveway. Be mindful that the water tap may not be in the same trench with the sewer tap. And note that the options above for existing lots will not apply to new lots.

Assume that lot creation means the point at which a water line is installed on the lot.

For most lots going forward, locating the water line correctly will avoid any problems. However, some lots, like town homes, can still be challenging. GW will work with you and your engineer and developer to tackle these issues to include potentially burying extra pipe to accommodate an offset to a meter without a coupling or locating the meter in the driveway.

Greenville Water Meter Reset Fee to Increase
When Greenville Water comes to your site to set the meter, and is unable to do so because of a condition on the site, they currently charge $40 to return to the site. That also changes with the change in practice on offsets. The new fee will be $250.

Scheduling Ahead of Time is Important, But Not Too Far Ahead of Time
Greenville Water schedules their meter sets five days after you call. They suggest that you not schedule the meter set on the day you prep your site for the meter. Instead, schedule the meter set and prep the site the day before the meter is scheduled to be set. This will avoid one of the biggest problems with a site prepped for a meter several days ahead of time: rain. Most of the time the reason why a meter is not set when scheduled is because the trench is full of water. This also will prevent another problem: rainwater running down the water line and undermining the street.

We Need Your Help! Last Call!
If you have existing lots that you think will be impacted by the change in offset and will need to use one of the three options listed above, please email Michael Dey this week at MDey@HBAofGreenville.com. 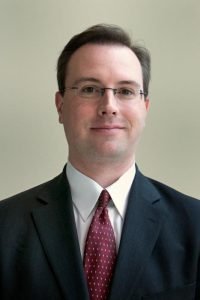 “There’s an Extreme Lack of Inventory”

Last week Dr. Robert Dietz, Chief Economist of the National Association of Home Builders, provided a forecast to remodelers across the country. He stated that the economy has been outperforming his earlier rosy forecasts that housing would lead the economy in the coming months.

“Consistent with the National Association of Home Builders forecast, home building data are showing signs of leading and emerging economic rebound. In fact, high-frequency data suggest gains for most sectors of the economy, even as confirmed virus casts rise in many states.”

Dr. Dietz also said, “I have been chasing up my forecasts.”

We also read the statement in our headline in a Haro Setian’s newsletter. This is what he had to say about our local housing market:

“The number of homes for sale dropped by almost 20% annually this April. This is the lowest April housing inventory of all time.

Inventory was already low before the coronavirus hit. Now, many sellers are either hesitant because of the pandemic, or they simply don’t realize how strong demand currently is.”

Haro’s email went on to say that now is a great time to sell. But it’s also may be a great time to build. The latest quarterly building permit data, for the first quarter of 2020, was recently released by our friends at MarketEdge. This is what they reported*:

Anecdotally, our friends in the Greenville County permit office told us they saw a slow down from late March until early April, then a return to normal permit levels.

Could now be a great time to build? Check out this article and this article for a little more context on the economy.

In January 2018, Greenville County Council amended the Land Development Regulations over the objections of your Home Builders Association of Greenville. More than 30 members attended the meeting to tell County Council “no.” The ordinance was amended six months after six members of your HBA worked for more than three years on an overhaul to the LDR.

Two months later, after a quick review with the help of three members: Jamie McCutchen, Paul Harrison, and Jay Beeson, County Council removed most of the January changes, with the exception of Section 3.1.

In April, the Planning Commission began enforcing Section 3.1 and the flaws in the ordinance, which we pointed out to County Council, quickly became apparent.

In June, the Planning Commission approved a subdivision proposed by Niemitalo, Inc., an HBA member. After some behind the scenes intervention by a member of County Council, the Planning Commission reconsidered their decision in July 2018 and denied Niemitalo’s subdivision, a 30-lot single family development on 30 acres in the unzoned area of Northern Greenville County.

Brian and Bruce Niemitalo, partners in Niemitalo, Inc., appealed their decision in September after receiving written notice of the denial. They were not notified that the Planning Commission would reconsider their earlier decision.

NAHB’s Legal Action Fund Steps in to Help
Your Home Builders Association immediately went to work to help Niemitalo, Inc. We had the county’s Land Development Regulations reviewed by NAHB’s Legal Department. They provided us with several recommendations. They also told us they consider Section 3.1 “unconstitutionally vague.” They also told us they are concerned that allowing an ordinance like ours to go unchallenged could set a precedent for other unzoned areas around the country. Adding to the urgency, a neighboring property owner intervened as a party in the appeal, and she is represented by the Southern Environmental Law Center, an nonprofit law firm based in Raleigh that focuses on the environment.

Your HBA of Greenville applied for support from NAHB’s Legal Action Fund and in January 2019 they approved a grant of $10,000 to help Niemitalo, Inc., with their challenge.

The latest and more help from NAHB
After 18 months of legal wrangling, Greenville County and Niemitalo, Inc., came to an agreement to settle with the approval of the subdivision. At that time, the county ceased enforcing Section 3.1 in the unzoned areas. However, the neighbor refused to approve the settlement.

Without an approval for their project, in April Niemitalo, Inc., made their next move and filed a lawsuit challenging the legality of Section 3.1 and last month your HBA of Greenville applied for and received another grant of $10,000 from NAHB in support of Niemitalo, Inc.’s, latest cause of action.

A decision in this case could benefit all Home Builders both in invalidating Section 3.1 and supporting the Vested Rights Act. All Home Builders owe Brian and Bruce Niemitalo their thanks for challenging Greenville County and their anti-housing and anti-development policies.

Turning Point for the Labor Market

In a surprisingly positive reading for the labor market, recent jobs data from the Bureau of Labor Statistics reported the unemployment rate in May declined to 13.3%. The true unemployment rate is likely closer to 16% due to many who reported being “employed but absent from work” but who were most likely unemployed. However, even with this technical adjustment, the jobless rate came in well below the 20%-plus rate some analysts had forecasted. (NAHB’s forecast called for a 17.8% rate for the second quarter.) This forecasting miss by those predicting a much higher level of unemployment appears to have been based on somewhat unreliable state-level jobless claims data. The unemployment rate for construction workers is currently 15.2%.

Moreover, a job gain of 2.5 million was reported for May; a striking contrast to what many analysts had predicted of a job loss of up to 8 million. Residential construction was among the top sectors in terms of the May turnaround. After posting a job loss of 422,000 in April, home builders and remodelers added 226,000 jobs last month, as housing demand improved. Getting the economy back on track will require additional hiring by employers, as well as a recovery for the labor force participation rate, a measure of people who hold a job or are actively looking for one. After declining 2.5 percentage points in April, the participation rate gained 0.6 points in May, rising to 60.8%.

The reopening of the economy in most states has led to a rapid reversal for the jobs outlook and the prospects for the beginning of a recovery in the third quarter. Housing data indicate the industry will lead the way in such a rebound: For eight consecutive weeks, data from the Mortgage Bankers Association has shown weekly gains for home purchase mortgage applications, a sign of improving housing demand, particularly for the single-family market. In fact, the data from the last week of May and first week of June show applications are running higher on a year-over-year basis. However, risks remain as the recovery could be uneven. For example, recent NAHB analysis identified states with vulnerable labor markets due to exposure of high unemployment business sectors, including tourism and hospitality enterprises.

Furthermore, we expect the economic crisis associated with the virus to accelerate existing geographic trends of home construction activity. The NAHB Home Building Geography Index (HBGI) found that in the first quarter, single-family construction expanded at a faster pace in small metros, small towns and rural areas than in larger metro areas. A similar pattern has been in place for apartment construction, with multifamily market share for less-dense markets having risen since the start of 2019. The impact of the virus, with people telecommuting more and seeking lower-density neighborhoods, will accelerate these existing trends.

Challenges remain ahead for housing, but as the labor market improves, so too has the outlook for the housing market. And while a decline in listings of existing homes is holding back the resale market, home builders have benefitted in the short-run due to the corresponding decline in competition. However, on the whole, historically low interest rates and a more rapid than expected improvement in the labor market should set the stage for a V-shaped recovery for housing, which in turn will provide support for the overall economy as a rebound takes shape in the second half of the year.